I recently gave an introductory talk that was focused on the aptly-named Outer space; you can follow the first link if you'd like to see the abstract and slides. Besides telling people about this cool space, the talk was also meant to highlight some beautiful ideas that are useful toolkits in geometric group theory (GGT). It is in this spirit that I ended up including a comment in the talk about playing ping-pong to get a presentation of the group \(GL(2, \mathbb Z)\). In all honesty, it was not something I'd ever done myself. In fact, I'd only ever seen the details of playing ping-pong once before; my professor worked it out explicitly in my first GGT class (Fall 2015) and I did not understood it at all back then. I was happy to just accept on faith as a thing that can be done whenever I saw it mentioned in the wild. A bit more concerning, the context in which I'd made the comment was more general than the typical ping-pong use case. This post is me working out the details of that comment, convincing myself I didn't lie to my audience!

Why do group theorists play ping-pong?

The “ping-pong lemma” is nice way for ensuring you have a free subgroup at hand — whatever that means. I think it's an idea best illustrated by examples. I'll even start with a non-example just to be safe.

With the “why” out of the way,

How do group theorists play ping-pong?

To get interesting free subgroups, we will have to leave \(\mathbb R_+\) behind and look to another group, \(SL(2, \mathbb Z)\): this is the set of 2-by-2 integer matrices with determinant \(\,1\); matrix multiplication makes it a group. For specific elements in the group, I will use:

I will use capital letters A and B to talk about the inverses of a and b. The matrices generated by a and b, which I'll call M(a,b) for short, are those you can get by multiplying a bunch of a, A, b, and B together in some order. For example \(\begin{pmatrix}-3 & 2 \\ -2 & 1 \end{pmatrix}\) is in M(a,b) because you can get it by multiplying aB. Let's see how playing ping-pong confirms that M(a,b) is a free subgroup.

To this end, I am going to give a description of how the matrices a, A, b, and B transform the \(xy\)-plane. Points in the plane can be written as column vectors and I want you to focus on these four:

Here's a picture of the \(xy\)-plane, with the diagonal lines and the four points included: 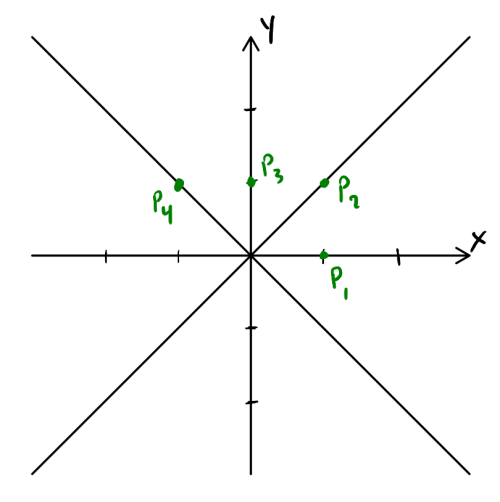 Let's see what happens when you multiply some of these points with a: 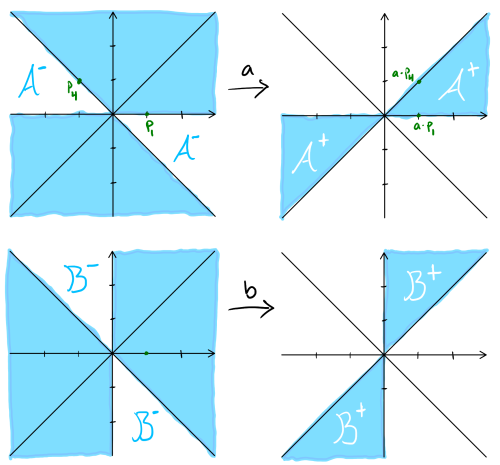 Fig. 2. The left and right figures are the before and after pictures of the \(xy\)-plane.

In practice, the thing you have to do is find compatible “shadings” for your two elements x and y; by compatible, I mean the “after-shaded” and “before-blank” regions do not overlap. Once you have that, the ping-pong lemma says the subgroup generated by x and y is free.

Now that I've told you what the ping-pong lemma says, you're probably wondering:

Where does the term “ping-pong” come into play?

The playing is in the proof (and the proof is in the pudding, ha!)! Let's prove (by example) that M(a,b) is free. Remember from the \(N(2,3)\) non-example before, the expression \(2 \cdot 3 \cdot \frac{1}{2} \cdot \frac{1}{3}\) cancelled out even though no cancelling happens at any multiplication point. The point of the proof is that the same expression abAB in M(a,b) will not cancel out. In fact, there is a point in the \(xy\)-plane which is not fixed by abAB. 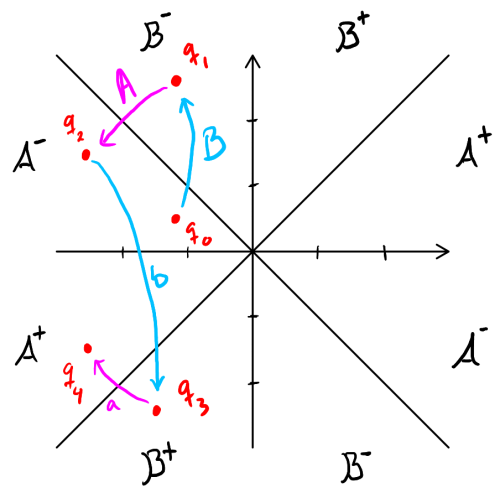 Fig. 3 [Not Drawn To Scale]. The epic ping-pong rally narrated below.

The same argument works for expressions like aabbABaabaBAABBB where consecutive a/As or b/Bs should be read in blocks representing really hard hits in the rally. The only thing I needed to make the argument work was the assumption that there is no aA, Aa, bB, nor Bb appearing in the expression; this is exactly the assumption that no cancellation happens at any multiplication point.

Are there other ways to play ping-pong?

I'm glad you asked! That's actually why I'm writing this post. The comment that I made in my talk was not about free subgroups but instead freely amalgamated subgroups. This time I'll use:

In the new version of ping-pong, I need to find a single shading of the \(xy\)-plane that satisfies three conditions:

Here's a shading that gets the job done: 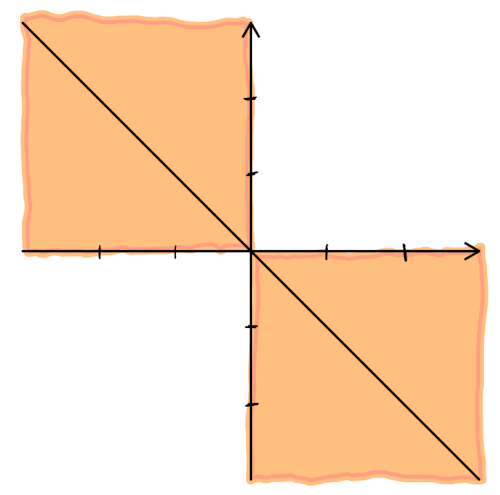 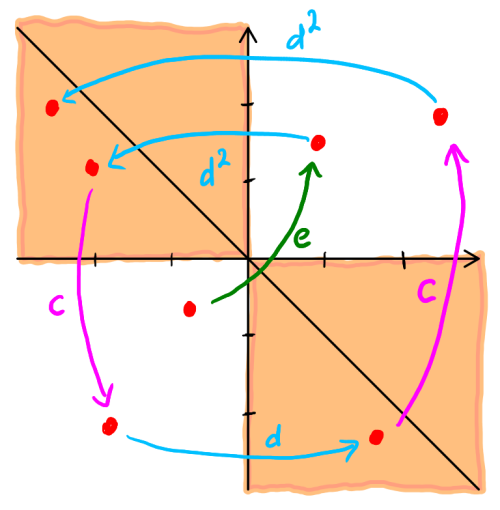 Fig. 5. Another ping-pong rally for the ages.